message in a bottle, or not

I believe in receiving messages. Not just messages from friends on my phone or emails but in messages from God, the Spiritual realm, my Angels, my Guides.  No, I’m not hearing voices in my head … or am I?  Seriously though, I believe if we pay attention to where we are and are present and living in the moment, we will receive and hear messages that guide us through the day and our lives.

A message can come in the form of a gut feeling, like taking an exit off the highway earlier than planned and then finding out there was an accident that could have delayed us had we not taken the earlier exit.  Messages in things we read.  It could be a headline in a newspaper, an email subject line, something that spurs a thought that changes the course of what we are doing or in some cases confirm we are on the right path.

Regardless of how we get messages, we do get them.  Remember LA Story with Steve Martin?  His messages kept showing up on an electronic billboard on the side of the road.  Some messages appear repeatedly because we may not be tuned in and in receiving mode.

And that’s what I want to focus on.  While reorganizing, I came across a book that I haven’t opened in years.  The book is called The Daily Book of Positive Quotations.  It was a gift that was given to me to help me through Laura’s passing.  I noticed I had flagged some pages and went to the one for March 15.
__________
The page reads:
“Blessings to come
Give thanks for unknown blessings already on their way”.  Native American Proverb

We are pretty good at counting our blessings and being grateful for all the wonderful gifts life has bestowed upon us.

It takes a certain amount of faith to be thankful for blessings we haven’t received yet, Faith that the world is bountiful and generous enough to keep giving to us as long as we live; Faith that we will be able to recognize and appreciate our blessings whenever and from wherever they may come.

(mantra)
Today, when I count my blessings, I will make a small leap of faith and be grateful in advance for whatever blessings may come my way tomorrow.”
__________
This is a pretty powerful message in and of itself.  But it gets better. I have a book on my nightstand called ‘The Way’ by Michael Berg. I opened it randomly and landed on a page that had the following heading: Trust in the Creator.
__________
(it reads)
It was an insufferably hot day in the Odessa train station. An old rabbi patiently stood in the long queue to buy a ticket for a train trip. As he waited, one of his students happened by.
‘Where are you going, Rabbi?” The student asked. “To Kiev,” the rabbi answered.

Hoping to save the rabbi from waiting in the heat, the student offered to take the rabbis place in line while the rabbi took a seat in the much cooler and more hospitable waiting room. The rabbi accepted this kindness with gratitude. When the student, after almost an hour, finally reached the ticket window, he bought a ticket to Kiev and then went looking for his teacher. He handed the ticket to the old man, who thanked him and moved to board his train. 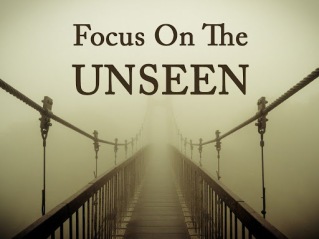 The student stopped him. “Excuse me, Rabbi, but … I paid for the ticket.”

“Yes,” the rabbi replied, “Thank you very much.”

Thinking that the old man misunderstood his intentions, the student now made it perfectly clear. “Rabbi, as you know I am very poor, I was hoping that you would reimburse me for the ticket.”

“But,” the rabbi replied, “I don’t have any money.”  The student was shocked.

“You were standing in line to buy a ticket to Kiev and you didn’t have any money to buy one?”

The rabbi nodded as though this was the most natural thing in the world. “I needed to go to Kiev but I didn’t have any money, so standing in the line is the action I took. Then, thank God, God sent you to buy it for me.”

“But now I don’t have any money for a ticket,” lamented the student, obviously very worried.

“Well,” said the rabbi, “Let me suggest that you get in line.” And with that, he turned and moved toward the train.
__________
Again, another powerful message (multiple lessons can be taken from this story)

And then to top it off, I received a text message on my phone and it included a meditation on Abundance. Not just abundance in the material sense but abundance in all areas of life and TRUSTING that God does provide.

Herein lies the common thread through all these messages.  Trusting, believing …. KNOWING that no matter where we are in life, no matter what we may be experiencing, regardless of the challenges, KNOW (as I shared in a previous blog) KNOW that God, the Universe, whatever Supreme Being you believe in, know that you will always be taken care of even when it seems or feels like we have been abandoned.

Take ACTION KNOWING that if you make the first move, God will return the favor by coming towards you as with your desire fulfilled. So get in line. Make the first move. The blessings are on their way. All you have to do is be in action on the receiving end.

Blessings abound. Just look a little closer at the moment you are in right now.

You are (not) alone